This is a warning we feel obligated to make even though we do not condone forgery. We just don’t want foreign students enrolled in Chinese universities to miss their graduation. We also think everyone deserves a second chance to do the right thing.  So buckle up and read on…

After some deliberation we have decided to warn all the foreigners now teaching in China that if you sent email to eslinsider.com or even visited their web site more than once over the last 6 months, you will soon be investigated by the Chinese PSB as we recently found out in an unexpected interview we obtained with a veteran Captain who has worked more than 8 years with the PSB in a Tier 1 city of China.

They are now hip to the bad advice ESLinsider has been giving wannabe teachers to use fake documents (diplomas and TEFL certificates) after recently arresting a teacher from America who spilled her guts to avoid a felony conviction and deportation four months before her wedding to her Chinese boyfriend. They are also looking to arrest another expat named “Magnuson” who the Captain promises will spend at least 2-3 year behind bars for forgery and “disrespecting the people of China” (not sure if that is a real crime or not).  But to put it mildly, the government is a bit pissed to learn that one-third of the foreign teachers now working in China are not “teachers” at all and have used fake documents to obtain their visas. Now they are on a mission.

If you or anyone you care about is now working in China with a fake diploma, TEFL certificate or do not have a Z visa, warn them that the crackdown will be starting on March 1st, 2016 and they may want to depart China voluntarily until they get themselves legal or find another legal way to remain in China. But our PSB contact says they have been given a 500 member task force and have a mandate “from the top” to investigate 50% of all foreign teachers now working in China, and everyone who had contact with ESLinsider.

This whole mess began when the wife of a Vice-Mayor leaned that her son’s foreign tutor could not remember what city his university was located in and when she had a lawyer inquire with the registrar’s office of Arizona State University was told that the tutor never attended their uni. The young man was arrested and when police visited his apartment, also met his girlfriend who tried to run away. Upon checking his phone and email records they learned about ESLInsider and things began to snowball. The mother shared the incident on her wei xin and over 2,000 mothers complained to the Ministry of Education. Now the witch hunt has begun.

BTW… There are many online universities that may be legal abroad, but not in China. So check to see if your university is listed here >>> http://www.chinaforeignteachersunion.com/2014/09/warning-safea-psb-and-ministry-of.html.  And as always, if you are caught working on an L, F, M, or X visa, you will also be arrested.  Even if you only tutor part-time in China you MUST have a Z Visa.

As in the past, the PSB is expected to publish a number of phony ESL & TEFL job ads (usually with high salaries to bait people) at The Beijinger, Echinacities, Sinocities, and ESLCafe where they can blend in. Those selected for a phony interview will be asked to bring their passport, diploma, and TEFL certificate to the interview. If you are not 100% legal you will not leave the interview, which is usually held at a coffee shop or upscale hotel. The last PSB sting used the Crowne Plaza Hotel in Beijing. If you are legit you will be advised to expect a call back and asked for 3 references. THOSE THREE REFERENCES WILL THEN BE INVITED TO APPLY FOR A 20,000 TEACHING POSITION and the cycle repeats itself. http://www.scam.com/showthread.php?620902-Echinacities-com-Classified-China-Foreign-Teacher-Job-Ads-A-Clever-Scam

The PSB is also promoting a REWARD PROGRAM using local Chinese teacher aides. Those who report fake teachers are paid 10,000 yuan rewards which are double their monthly salary. 5 Disney teachers were all arrested because of their TA who resigned and reportedly now works for Webb International. See http://eslwatch.info/eslwatch-forum/china/76-china-foreign-teachers-unite-report-fake-unqualified-teachers-to-the-psb.html 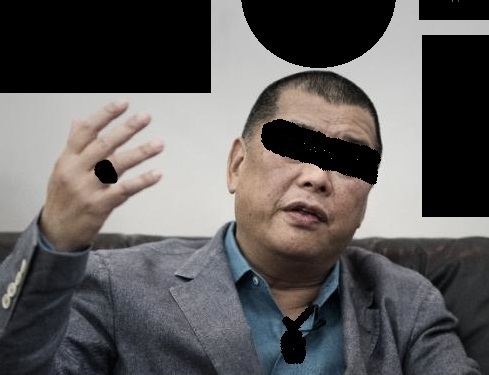 It took us almost 6 months to arrange this interview but it was well-worth the wait. Amongst other things we learned from “Captain Wang” (Not his real name btw) that indeed a China Teachers blacklist is still being maintained by SAFEA, but he said “most all the principals have access to it”. He wanted to “clarify” that the “reward program” is not “new” but has become popular again because the local Chinese economy is now in crawl mode and the reward amount was boosted to 10,000 rmb – about double what a Chinese Teacher’s Aide earns these days. He further confirmed they were “tipped” about Disney English and two other chains they are about to bust (he didn’t tell us more than that). I met Wang back in 2012 under some awkward circumstances, but we have since become friends. In the last three years the man has never lied to me and I respect him for that. He agreed to cooperate with my interview request only “to help stop the crazy foreigners from getting themselves a criminal record for some really stupid things.” (rough translation – his English as bad as my Chinese)

If arrested you can expect to be jailed for 30 days, forced to pay a $2,000 fine and then be deported with a felony conviction if you refuse to hand-write a “letter of apology to the people of China” (not kidding). If you are too proud to write the letter, you go home as a convicted felon.

Do not underestimate the PSB nor Chinese “friends” who could use a quick 10,000 or feel they are doing their patriotic duty to have you investigated. Of course, if you are legal, you have nothing to worry about. All others… you have been warned.